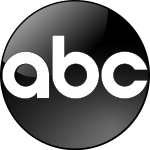 Collins was the general manager and Thornton was the finance manager.

Officials say the men managed to defraud customers and their employer out of an estimated $350,000.

The original arrests were made in 2017, after several irregularities were found in documents dating back to 2011 and involving at least 40 customers .

Investigators were able to eventually unearth the grand scheme, where Collins and Thornton would target, mostly female customers, with credit problems, who needed immediate transportation.

The suspects used their authority over purchase deals to pocket customers’ down payments without issuing receipts.

They would then send the customers out with “loaner” vehicles or used cars with temporary tags while supposedly working to finalize their purchase.

The victims were then riding around in unregistered vehicles, leading New Orleans police to arrest a woman at her home on suspicion of possession of a stolen vehicle, leading to a separate lawsuit against the dealership seeking $50,000 in damages.

“Once the scheme was uncovered, it was learned by Premier that there were literally dozens of vehicles in Premier’s inventory that could not be located,” said Tracey Fields, the dealership’s customer care coordinator, in a victim impact statement read to the court. “The direct and indirect losses to Premier’s inventory caused by Mr. Collins giving out so many cars to perpetrate his scheme ran into the hundreds of thousands of dollars.”

Each received a three-year prison sentence that was suspended on Tuesday (Feb. 26), along with three years of active probation and an order to pay $10,000 each in restitution. Additional reimbursement is being sought through a civil court judgment.